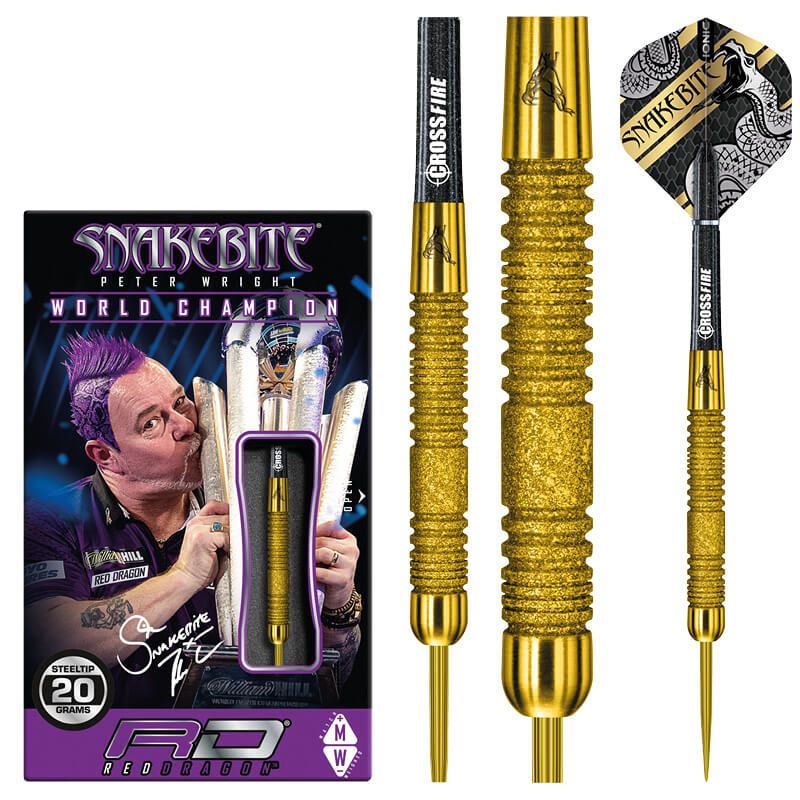 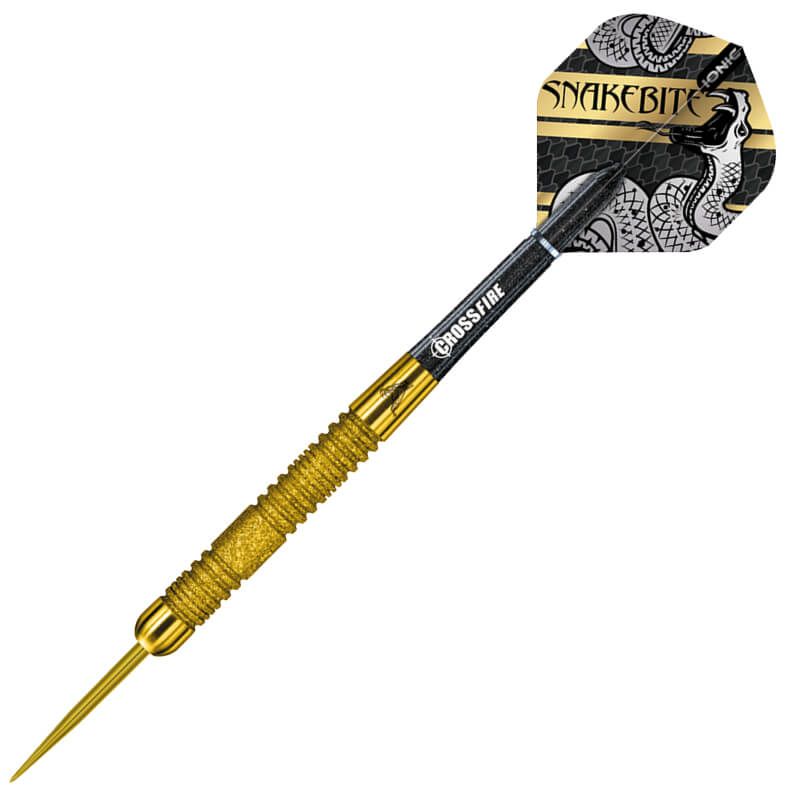 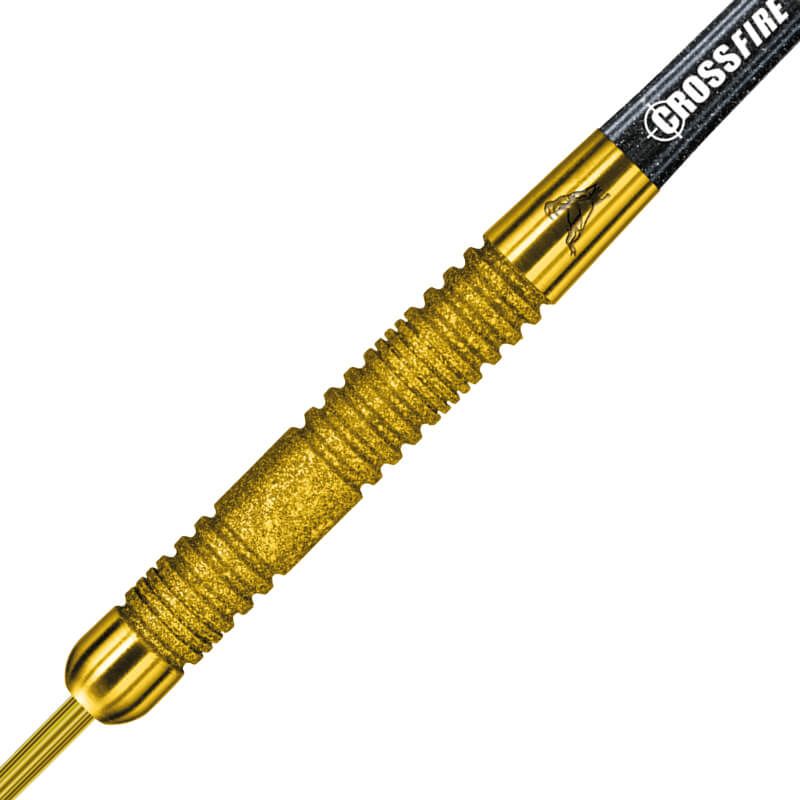 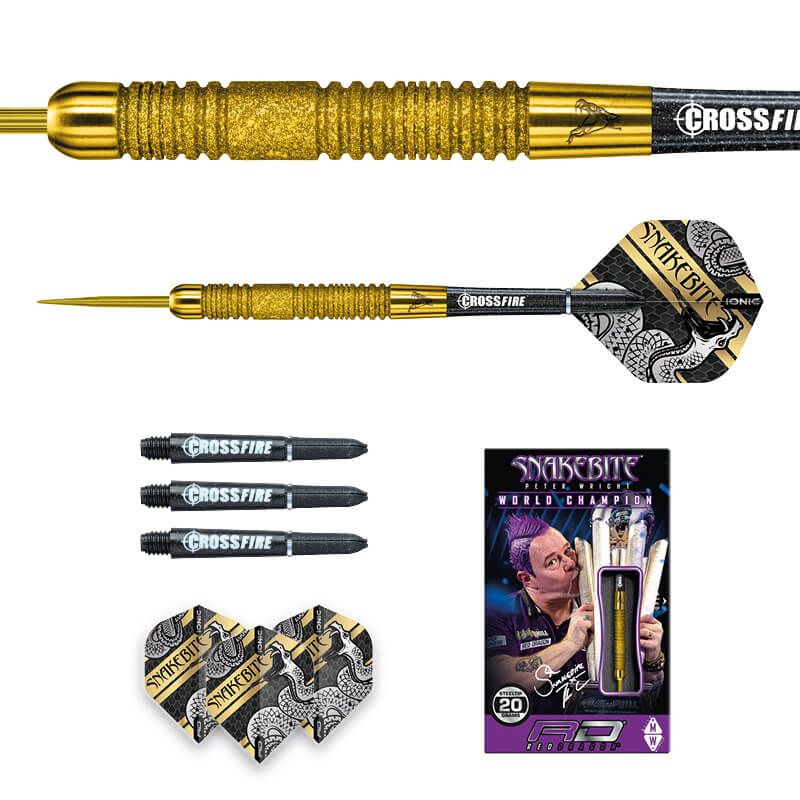 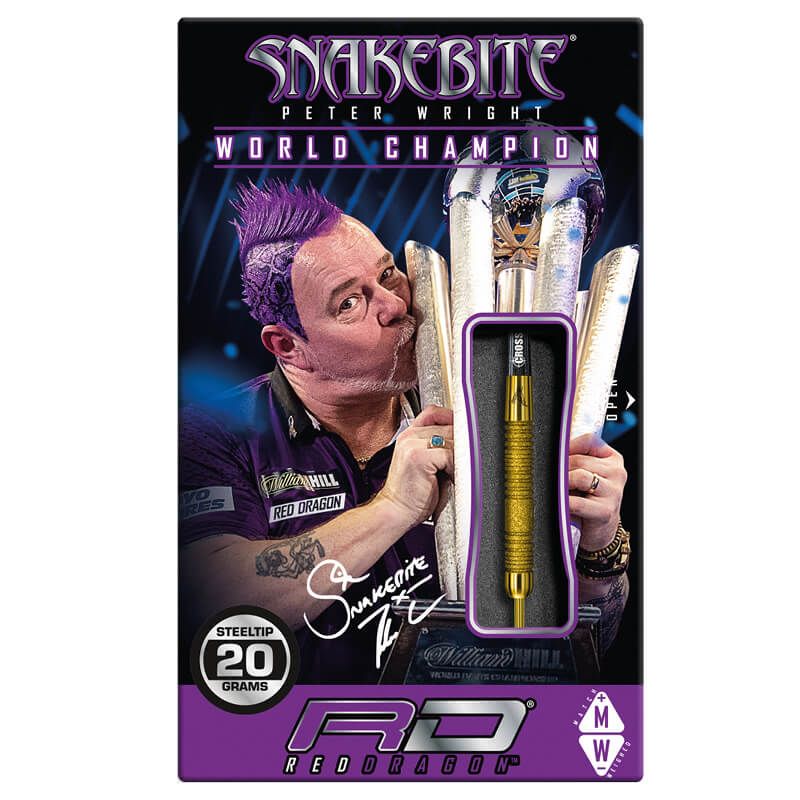 Peter "Snakebite" Wright has set the darts world on fire with his latest move to Euro 11 Element Gold PC 20!

The response to seeing Peter play at the Players Championships (PC20) was stunning, with video footage and subsequent engagement of well over 100,000 in the first few hours.

With every change he has made for him, Peter has stayed true to his guiding principle of striving for perfection in darts. No other professional today puts more time and effort into their game and knows exactly what they want from their darts.

Peter's latest Euro 11 games were born from darts' most curious minds as Peter wanted a slightly different feel to the Euro 11 elements, which he described as softer. This latest Euro-11 Gold version is still the longest, thinnest dart we've ever built for Peter, but comes complete with a Titanium Nitride Gold coating. A note to those who are really good at group darts, it will start to wear down as you would expect as the toughest materials known to man smash into one another - but worthy battle scars!

Euro 11 Gold PC 20's are 2 inches long, 5.1mm in diameter and feature Crossfire carbon fiber shafts and we expect him to be rocking these new darts in PDC matchplay next week.

Peter said: "I've been playing around with a few sets of gold colored darts at home as they look great on the dartboard and feel so subtly different. Try my Euro 11 Elements with the same gold finish - and wow, weren't they disappointed! Me still have a bit to learn how to handle them in all conditions but winning with them so early in PC 20 has given me great confidence so let's see what the next few weeks bring."

Peter said: "The moment I picked up these Euro-11s I knew they would fly exactly how I wanted them to. They are 2" long and 5" in diameter, 1mm which gives me the most solid feeling I've had in my darts for a while.I've added the Intermediate Crossfire carbon shaft and 100 micron black flight as they balance the dart perfectly.The grip level is in the perfect place for my hand and they feel like I can place them anywhere on the board". As you can understand, we can't say that there won't be version 12 any time soon, but any darts player can see that this is a stunning set of darts that will inspire you as much as possible.

WHAT'S IN THE BOX?